What is Astronomy - A Beginner's Guide

Astronomy VS Astrophysics VS Cosmology

Are Astronomy and Astrology the same?

The simple answer is NO, they are at all similar. As both Astronomy and Astrology are about planets and stars, still they are not the same. Astrology is an ancient belief that the motion and position of the planets affect human lives. It is only a myth not has any scientific evidence to prove that.

During the early days, there were no telescopes. They used to see the night sky with their naked eyes and used to make predictions. Many ancient civilizations such as Mesopotamia, Greek, Persian, Indian, Chinese and some others have some texts in Astronomy. Some notable are Greek and Indian texts.

In the early days, people used to map the positions of the stars and used to remember them with some local names. They used to determine seasons and also for travellers as they show the directions. People of early age believe that the earth is at the centre of the universe and everything moves around it.

After Nicolas Copernicus' idea of Heliocentrism, the whole thing about planets and stars has changed. According to the Heliocentric model of the universe, the sun is at the centre of the universe and all things go around it. By that time we could only know how actually the eclipses work.

Soon after the Johannas Kepler came with the idea of Elliptical orbits. Which was further supported by Galileo. Galileo invented Telescope, a powerful weapon that changed the Predictions to Reality. The great invention of all times unlocked the gateway to modern Astronomy.

Newton soon invented a Newtonian model Telescope, which uses mirrors instead of a lens, unlike the Galilean model. Many astronomers used to look up into the night skies with a Telescope and used it to make predictions and calculations. Soon many theories were coming into existence about the existence of the universe. The famous and successful theory Big Bang is one of them.


As we discussed, they were two main branches in Modern Astronomy.

As the name suggests, Observational astronomy is related to Observation. What can we observe? As there is no medium between the celestial body and our own earth the sound can't travel between. So we can't hear the sound of the celestial bodies. But we can see them as the light requires no medium to pass through. Not only light, as it is only a small part of the Electromagnetic Spectrum.

Radio Astronomy uses Radio waves to locate a celestial object. As most of the celestial bodies emit radiation in the Blackbody Radiation. Radio Telescopes detected these radio waves on the surface of the Earth. And the Radio Waves can be detected easily.


The only part of the Electromagnetic Spectrum, which we can see with the naked eye, is visible radiation. We use optical lens and mirrors in telescopes to gather light from the cosmos and see with our eyes. We can directly take the images of the Celestial objects with some photographic equipment mounted to a telescope.


Astronomy uses the Ultraviolet part of the Electromagnetic spectrum. In fact, we all know that over 80% of the Ultraviolet Radiation is reflected back into space by the Ozone layer. So it is very difficult for astronomers to observe the U.V. Radiation from the surface of the earth, so most of the Ultraviolet Observatories are in Outer-space. They can be easily blocked by dust in a vacuum. So it requires complex equipment with accurate measurements to detect those Radiations.

Here Astronomers use the X-ray part of the Electromagnetic Spectrum to detect celestial bodies. X-rays are emitted when charged particles move rapidly. These are also so difficult to detect as the atmosphere absorbs most of these radiations. For these, we need high altitudes for detection. These are used to detect clusters of galaxies, Supernovas, X-ray binaries, Pulsars, and more.

Gamma-rays from outer space are detected in celestial bodies. These cannot be observed by ground-based telescopes but can be directly observed from the satellite. We cannot observe the radiation directly from telescopes on Earth, but the flashes produced when they penetrate into the atmosphere.

There are some other ways to observe the celestial bodies which include.

There is Multi-Messenger Astronomy based on all the above-mentioned Astronomies.

This is the branch of the Astronomy that completely deals with Theories. Here the Astronomers propose theories that/will experimentally be verified by Observational Astronomers. The Theoretical Astronomers do computer simulations and make models of the Universe. They try to include the latest available information about the cosmos. They keep updating their ideas of the model of the universe until it fits best in all the available data.
Pediafor is a platform where one can gain, give or use the knowledge available. We aim to build a great source of knowledge. 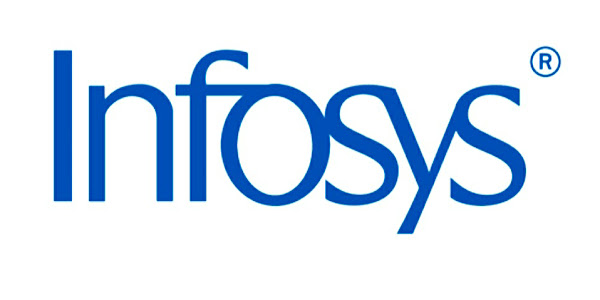 Introduction Infosys is the top multinational company, and it has 335k Employees with great turn over. Infosys offering the young talented and unempl…