Capturing screen or simply Screenshot comes in handy in many situations. We can do that easily in a mobile phone using some gestures or using few buttons.
Similarly we can make a screenshot in seconds, but it's not limited to capturing the whole screen. There are many ways you can capture your screen.

How to take screenshot on computer running windows 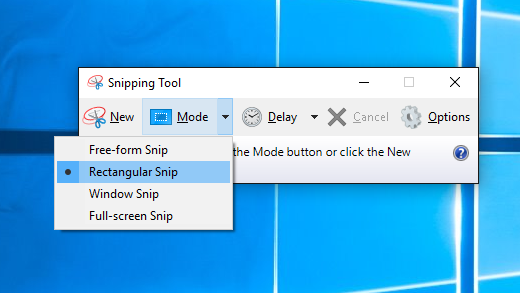 On pressing the PrtScr button on your keyboard. It captures the entire screen, everything that is visible and copy the screenshot to the clipboard. You can paste the captured screenshot in any application that supports. Or simply pasting in the desired location in file manager will save it.

The combination of Alt + PrtScr buttons come in handy when you want to capture only the active window. You need to save that manually in your file manager.

This combination of buttons will help you out when you want only some portion of the screen. On pressing these you'll given an option to drag the area under cursor to select. The area selected will be then copied to clipboard, which you can paste somewhere or save in your computer.

You can even use the utility snipping tool available by pressing Windows + Shift + S. Or you can find it in the quick actions available at bottom, when you open notification bar.

It provides the following option to capture screen

You can use this to draw a shape around the object you want to screenshot. The screenshot of the screen falls in the shape is copied to the clipboard.

This allows you to capture screenshot of rectangle shape. You can drag the cursor over the required area, this again copies the screenshot to clipboard

This capture the window of your choice, these also include the pop-ups and other windows of different applications

This capture the whole screen, and copies that to the clipboard.
These are the 5 ways to capture your Computer Screenshot.
Getting Info...