An asteroid is a cluster of dust, orbiting small rocks that are collided together to form larger clumps, known as planetesimals. These will attract...

Asteroids are small rocky bodies that orbit the sun in space. Although they orbit the sun just like the planets these are much smaller. These are generally the remnants left over from the early solar system formation around 4.6 billion years ago. 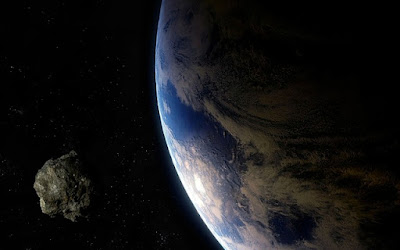 What is an Asteroid made of

An asteroid is a cluster of dust, orbiting small rocks that are collided together to form larger clumps, known as planetesimals. These will attract more dust particles in space thus forming massive asteroids.

These are mostly made of silicate rock and small amounts of carbon, nitrogen, iron, and nickel; due to which it is said that asteroids bring a lot of minerals and elements to earth.

Many people believe that all asteroids are the same, but it is not true Every asteroid is unique because each asteroid is formed at different distances from the sun, and every asteroid's shapes and diameters are different, some are round, some are irregular, jagged shaped, etc.

Vredefort Impact Crater is the largest asteroid structure place located in South Africa that is about 300 kilometers across that struck about two billion years ago.

Chicxulub crater is the second largest asteroid that hit Earth during the age of dinosaurs. This asteroid collided with the place which is now called Yucatan, Mexico. The asteroid was about 11 and 81 kilometers in diameter and left a crater over 150 kilometers wide. This asteroid is responsible for the mass extinction of almost 75% of life. 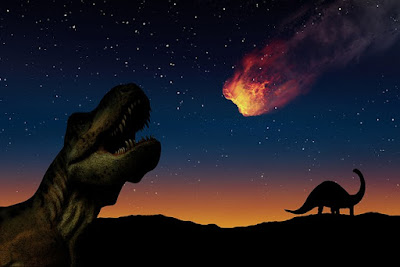 In 1801, Guiseppe Piazzi an Italic catholic priest, mathematician, and astronomer first discovered the asteroid accidentally while he was working on a star map discovered a small object of about 1000 kilometers in diameter between the orbits of Mars and Jupiter, He named it CERES.

As our earth is geologically active the craters that formed due to asteroid impacts will replenish their rocks and covers the surface over a period of time, Impact craters will disappear quickly on geologically active worlds like Earth. However, it is confirmed that there are 190 craters recorded that are small. Large Impact craters happen rarely and only a few were recorded in the history of Earth.

Why do Asteroids hit Earth

Asteroids orbit around the Sun freely in the vast empty space. So for them, Earth is the target that has high gravitational potential enough to attract these bodies towards itself.

How meteors and comets differ from Asteroids

Meteors are streaks of light in the sky caused by meteoroids crashing into the earth's atmosphere which we call shooting stars.

whereas comets are small cosmic objects made up of ice, dust, rock, and gases that orbit the sun. Most of the comets cannot make it through the earth's surface because most of them will burn to ashes due to friction caused by the atmosphere.

An asteroid belt is a torus-shaped (Doughnut) region in the Solar System situated between the orbits of Mars and Jupiter. This belt contains great, solid, irregularly shaped giant bodies that are smaller than planets orbiting between the orbits. This belt holds a lot of asteroids that are always a danger for our planet as it is nearer to Mars.