The cryptographic authentication method which uses a hash function and a secret key is known as a Hash-based Message Authentication Code (or HMAC). 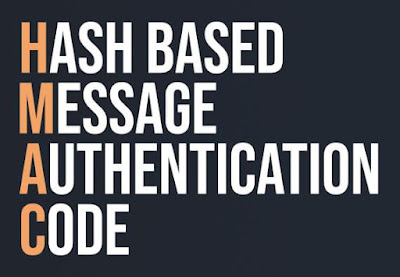 The cryptographic authentication method which uses a hash function and a secret key is known as a Hash-based Message Authentication Code (or HMAC). You can utilize shared secrets and HMAC to accomplish authentication and confirm that the data is accurate and valid (both sender and recipient use the same key to generate and check the MAC).

Consider an information exchange between two persons, Person A(sender) and Person B (recipient), Person A sends a shared secret with Person B and Person B tries to authenticate. If the shared secret of A and B is the same then there you got what you are waiting for. 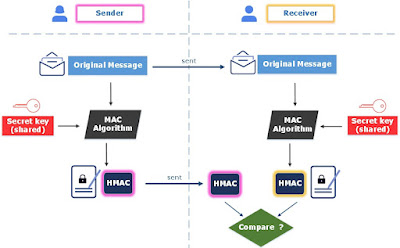 Working of the HMAC

As shown in the workings below: 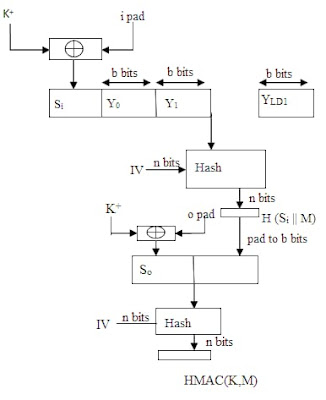 We must take action to match the length of the key to the number of bits based on each of the three choices. A key's length is smaller than the total number of bits in a block. In this instance, we need to increase the length of a key by many 0 bits in order to equal it to many bits.

Symmetric XOR with a pad is the second step.

To create a variable called S1, we XOR the symmetric with the pad in this step.

Add the initial message to S1 in step three.

In this action, the original message is added at the end of S1.

The output of step 3 is subjected to the chosen message-digest algorithm (such as MD5, SHA-1, SHA-512, etc.) in this phase. Considering that step 4's result is H.

Use a pad and an XOR symmetric key in the fifth step.

In this stage, the symmetric key and pad are XORed to create the variable known as S2. Repetition of the string 01011010 b/8 times is what makes up the pad.