Srinivasa Ramanujan - The man who knew Infinity | A Short Biography

Srinivasa Ramanujan - a name that is strictly celebrated in the realm of mathematics. A renowned Indian mathematician who knew more than infinity. He is referred to as a magician in mathematics. He lived a short life (33 years) but, achieved more than what we could not achieve even in a millennium. His devotion to his passion was the element that left behind his marks forever in history. 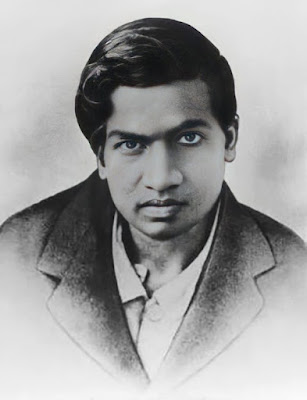 In British India, the situations were next to hell. India was curbed in severe poverty. Despite such a discouraging situation, his talent paved its way to Cambridge. It is said that during his childhood Ramanujan was deficient in getting even an empty pages book. Aroused in such an environment since childhood Ramanujan proposed 3200 theories, which might not have occurred if he had the wealth to buy textbooks or notes and attend classes of the present which restrict our vision to think beyond the concepts taught.

Ramanujan has also worked as a peon in a government office. During his leisure hours, he solved maths, proposed new theories, and documented them. His dedication didn't go unrecognized and he got an invitation letter to Cambridge University in London.

His prominent itinerary of maths magic started when he met professor Hardy in   1913. He was able to tell the square of a tiresomely large number. Hardy evaluated and awarded a hundred for his capability in maths, while most of the European professors fell below it. 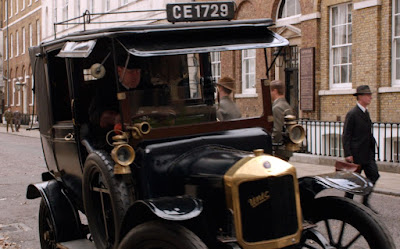 Eminently known as Ramanujan - Hardy number. 1729 was the cab number Ramanujan and Hardy took for the last time together.

An equation means nothing to me unless it expresses a thought of God.

No, it is a very interesting number, it is the smallest number expressible as a sum of two cubes in two different ways.

While asleep, I had an unusual experience. There was a red screen formed by flowing blood, as it were. I was observing it. Suddenly a hand began to write on the screen. I became all attention. That hand wrote a number of elliptic integrals. They stuck to my mind. As soon as I woke up, I committed them to write.

To preserve my brain I want food and this is now my first consideration. Any sympathetic letter from you will be helpful to me here to get a scholarship.

I beg to introduce myself to you as a clerk in the Accounts Department of the Port Trust Office at Madras on a salary of only £20 per annum. I am now about 23 years of age. … After leaving school I have been employing the spare time at my disposal to work in Mathematics.

Srinivasa Ramanujan worked magic in the realm of number theory and trigonometry. Born out of the magic wand of this wizard is the date of the birth magic square box. Replace these expressions with numbers from your date of birth, now add vertically/ horizontally/ diagonally and witness the magic.

" See, perceive! There is a spark in your eyes, don't extinguish the flames of your burning desire. Fuel it, and become a burning soul in order to shine at a height as a sun."